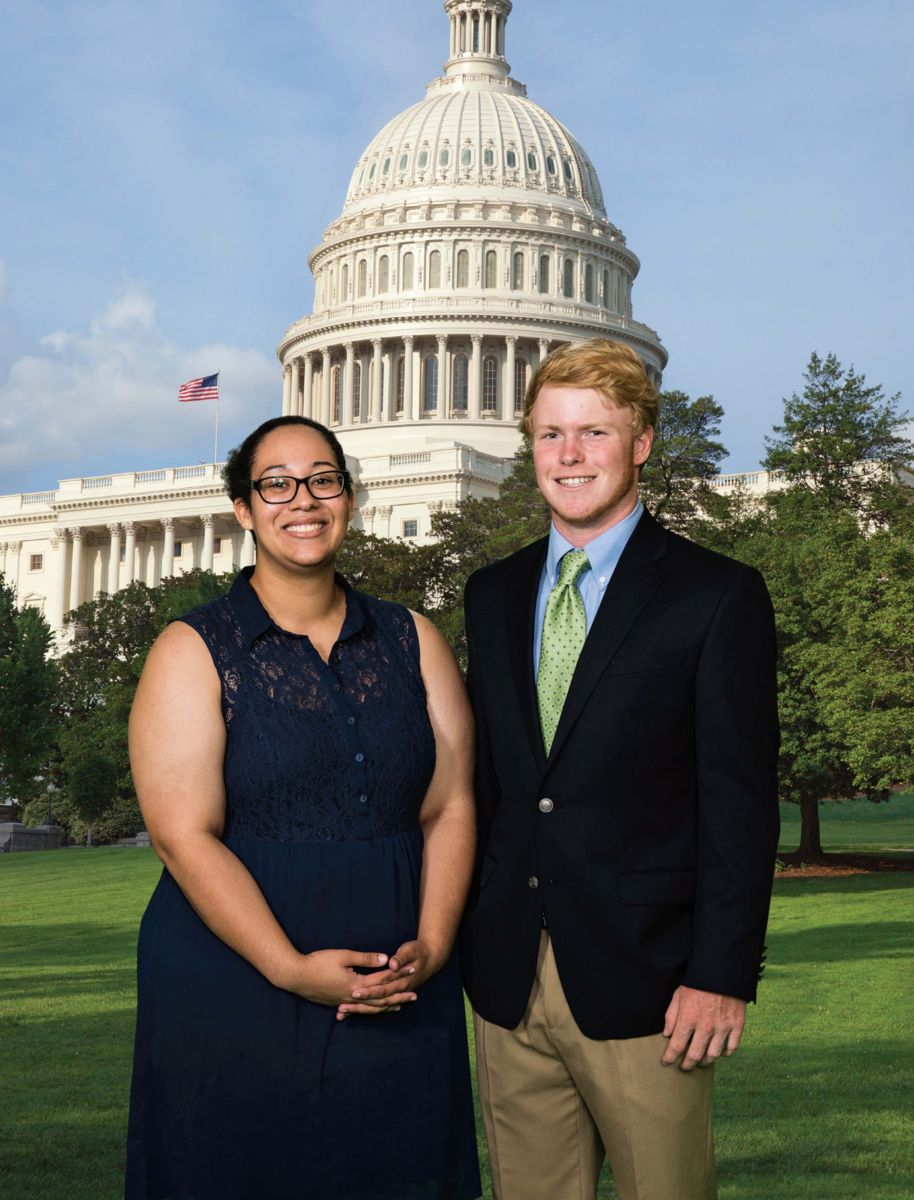 The trip, held June 9-16, offered students a mix of leadership and teambuilding exercises, history lessons with visits to some of the country’s most treasured museums and monuments and a rare opportunity to meet one-on-one with members of Georgia’s Congressional delegation.

According to Kim Broun with Tri-County EMC, the Youth Tour is designed to help EMCs promote stronger communities and a stronger nation by giving as many young people as possible the ability and desire to become leaders in their communities and make meaningful, lifelong contributions. “While it’s true some students are more comfortable in leadership roles, all great leaders need help developing their skills,” says Broun. “Others who might not perceive themselves as leaders can become exceptional leaders if given the right coaching and encouragement.”

“My goal of the trip was to come in with a positive attitude and meet as many people as possible,” noted Dent. “Through my peers, I learned to be a better listener. I learned to lead, but also sometimes follow, the people trusting me as a leader.”

“Our tour group was a unique environment full of compassionate, driven and intelligent individuals,” said Daniels.  “This trip helped me further develop compassion towards others.”

This year, Tri-County EMC and other electric co-ops in Georgia celebrated 51 years of sponsoring students for the prestigious event.  Since the first Youth Tour took place in 1965, more than 3,100 teens have been sponsored by EMCs in Georgia and given a rare glimpse into the country’s rich heritage while learning lessons on the importance of contributing to a productive society. (57471001)